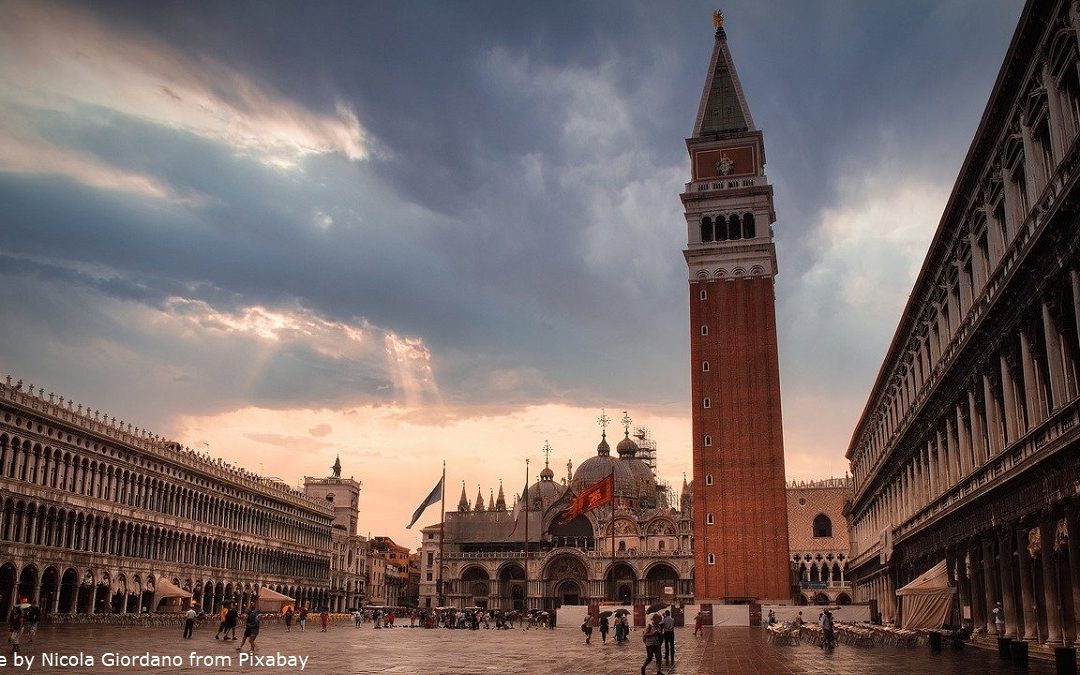 St. Mark’s Square (known as Piazza San Marco) in Italy is a public square in Venice. At one end is an adjoining open space called the Piazzetta di San Marco which is next to the waterway. At the other end is St. Mark’s Basilica and St Mark’s Campanile (know as Campanile di San Marco in Italian) which is the bell tower of the Basilica. The square features in Moonraker after Bond escapes from the his pursuers in his speed gondola by converting it into a hovercraft and entering the square from the waterway on to the Piazetta di San Marco, dispersing people (and pigeons) as he travels through the square.