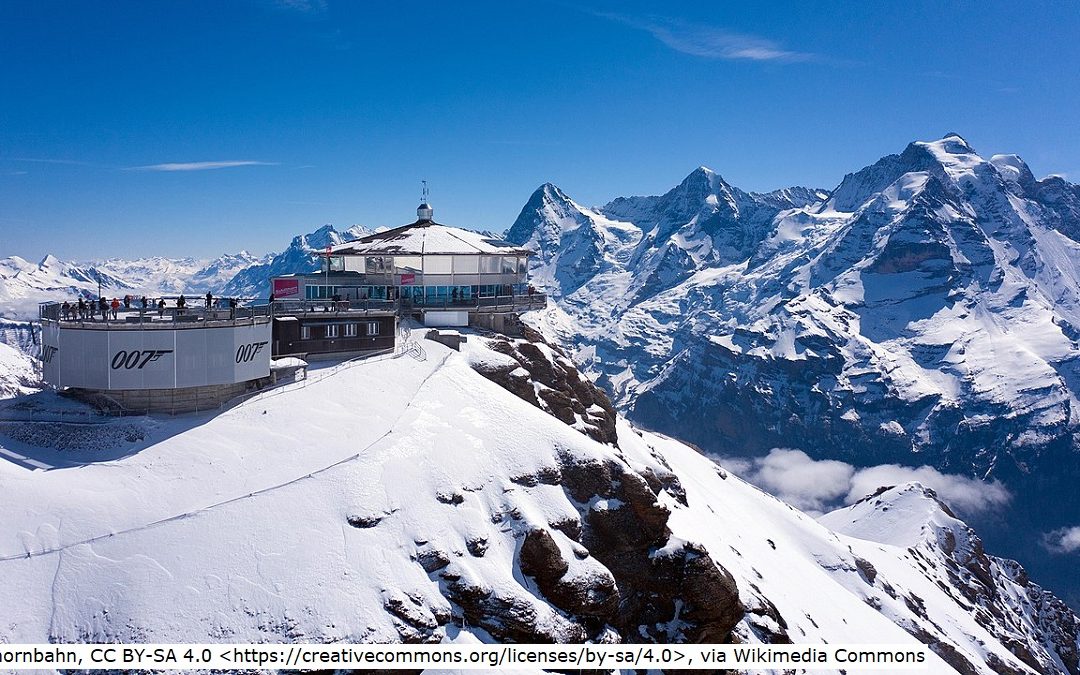 The name Piz Gloria originated in Ian Fleming’s James Bond novel On Her Majesty’s Secret Service (1963), wherein the hideout of the villain, Ernst Stavro Blofeld, is Piz Gloria, a mountain-top building containing an allergies investigation clinic. In the movie the location is implied as being near St Moritz where Romansh is still spoken, and “Piz” would be appropriate as the dialect name for peak. However the restaurant is actually located in the Bernese Oberland, where Romansh is not spoken and “piz” is not used.The movie production team found the restaurant partly constructed, and financially contributed to its completion in return for exclusive use for filming the movie (released in 1969), where the building is shown quite prominently.In the film, Bond’s cover at the clinic is blown after he is caught seducing women, but he manages to escape the complex by skiing down the mountain sides despite the attempts of Blofeld and his men to kill him.

Afterwards, the restaurant retained the Piz Gloria name of the film location, and currently acknowledges the film’s significant contribution to its commercial reputation; it features a James Bond exhibition, containing memorabilia and film clips, in the lower floor.The world’s highest revolving restaurant is now the Metro-Alpin restaurant at 3,500m (11,483ft.) at the top of the Saas-Fee lift system. The Piz Gloria is 2,970m (9,744ft.). Switzerland has a newer, third revolving restaurant, the Kuklos, above Leysin in canton Vaud.